Considering the current energy crisis context, the participants on electricity and natural gas market, both distributors and large consumers, are under an enormous pressure driven by the strongly rising energy price. Often forced to carry out their business on a supplier credit base and to undertake significant exposures in their relationships with their customers, the suppliers are looking for alternative securing solutions to the traditional ones.

The large consumers assets sometimes prove insufficient to cover the entire value of the contracted energy quantities. On the other hand, suppliers are increasingly concerned about securing alternatives that provide real protection and liquidity in case of customer default.

Under these circumstances, securing solutions have been sought based on greenhouse gas emissions allowances (widely called carbon certificates or CO2 allowances). As tradable documents within a centralized framework, CO2 allowances benefit from a specific legal framework, which, however, does not address a key topic- the legal nature of the allowances, essential element in determining the forms of securities that may be set-up over them. The subject has been widely debated also at European Commission’s level, the stake being precisely the recognition of the possibility that they may be subject to securities.

Overall, CO2 allowances are seen as transferable administrative rights, which include only a permit to release a certain amount of CO2 during a certain period in the course of business. Some EU documents define them as fungible, dematerialized and tradable instruments.

Finally, even if they were left to EU Member States to give them an express qualification, few states have clarified their nature. Even in Romania, until now, there is no enactment that would expressly qualify them as goods/elements that incorporate an ownership right. In line with EU guidelines, Romanian law defines CO2 allowance as “greenhouse gas emission allowance = the title conferring the right to release one ton of equivalent carbon dioxide over a defined period, valid only for the fulfillment purpose of this Decision and which is transferable under the conditions laid down in this Decision.” (GD no. 780/2006 on the trading structure settlement of greenhouse gas emissions allowances).

Although there is no legislative impediment in setting up a mortgage on these allowances, the lack of predictability generated by the deficient legislative framework has led to the reluctance of the participants on the electricity and natural gas market to resort to any form of security with CO2 allowances.

Facing such circumstances occurred within our clients’ business, we have explored the various means of securing starting from these allowances’ essence – actually, although apparently the law deems them as administrative permits to release CO2, they have a sui generis nature, incorporate a value and are tradable, transferable for a fee between the participants on the electricity and natural gas market.

There is no well-established practice in securing various obligations with these allowances. Moreover, the Unique Register, the electronic database within which the operations with these allowances are registered and kept, does not allow the registration of any form of security over them, any limit or right in favor of a third entity. We do not believe that this may lead to the conclusion that allowances may not be secured, but simply that such solutions have not been explored under the current legislative context.

Neither in the National Register of Movable Assets Publicity a security on CO2 allowances exists. However, there are opinions according to which it is admissible for registering purposes anything that can be monetary quantified and identified or identifiable. In the same line, although no enforcement of CO2 allowances has been carried out so far, there are enforcement agents who admit that it is possible to enforce them as long as the legal requirements are met, in particular goods/rights whose value may be established and tradeable.

Considering there is still a reluctance to the classic security forms, we deem the focus should be on the specific regulated forms that aim to secure the rights over CO2 allowances, such as the appointment by the creditor of an authorized representative on the account in which CO2 allowances are registered in the debtor’s name – the account holder, or the temporary transfer as a security of the allowances from the debtor’s account to the creditor’s account.

Under both circumstances, there are a number of particularities and limits as compared with classic securities. One shortcoming is related to the lack of an effective publicity form of the security existence (i.e., once registered with an account, theoretically the account holder may freely dispose of allowances). Then, the powers that may be exercised by an authorized representative over the account, respectively to what extent the account holder may grant and withdraw the right to initiate/approve transactions with allowances registered within the account or may limit the access or, at its discretion, may grant a simple right to supervise the transactions that take place within the account.

As regards the transfer of allowances from one account to another, one of the essential questions requiring an answer concerns the actual moment when the transfer of ownership over the allowances takes place and a price settlement; Are the parties free to determine a mutually agreed price or are they constrained to transfer at market’s price? If the transfer were made at market price, wouldn’t we practically find ourselves in the presence of a payment through allowances? Should the security be limited in time, compared to the obligation of the holder to return annually allowances based on the amount of CO2 actually released during the previous year? May the holder be compelled to maintain the security over the allowances held and to buy new allowances on the market in order to be able to fulfill its annual returns obligation? Is the transfer of allowances from one account to another, as a single operation, without being doubled by a security such as a movable mortgage, enough to fulfill its guarantee function? What would be the basis for a possible foreclosure, in the absence of a classic security agreement? Obviously, in choosing a form of security, and the fiscal aspects represent an essential element that requires a customized analysis from case to case.

Aside all above particularities, we consider that securing operations with CO2 allowances is possible, even if not in a traditional form, and this is a way that may provide reasonable comfort to both parties involved providing a handy way for many electricity market participants to solve the issues created by the current general energy context. 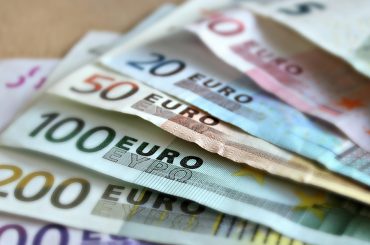 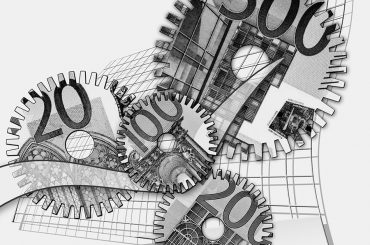 Measures to mitigate the negative impact of COVID-19. Deferral of loan payments